Travel to NYC Part 1: How to Get Here

The NYC Traveler in NYC:

An Introduction to the City of New York

Part 1: Getting here and around NYC

We'll skip the history of NYC because there are many websites that can give you that information. However, it is interesting to know that Brooklyn was an independent city, Queens and Nassau Counties were one area and the Bronx was part of Westchester County.  By 1898, the City of New York was officially established with 5 boroughs that are also counties of New York State: Manhattan (New York County), Staten Island (Richmond County), Brooklyn (Kings County), Queens and the Bronx, retaining their borough names as their county names. (Three towns separated to become Nassau County, part of Long Island.) 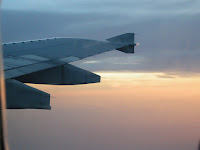 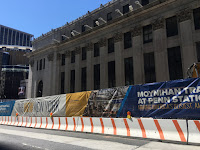 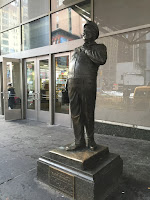 3.  Arrive by bus: Several carriers have service that come into the Port Authority Midtown Bus Terminal. Known locally as Port Authority, it is located at 8th Avenue and West 42 Street, Manhattan. The George Washington Bridge Bus Station is located uptown at Broadway and West 178 Street, Manhattan. There are also several bus companies that have arrival and departure points throughout the city that the NYC Traveler would not necessarily endorse. However, they are convenient and cheaper.

4. Arrive by car: Technically, Interstates 80 and  95 (I-80, I-95) will get you into the City of New York. If you are coming from the south, follow the signs for the New Jersey Turnpike, once you come out of Delaware (toll road). Choose one of several exits to get you into the city. Take Exit 13 for Staten Island, Brooklyn and continue on the Belt Parkway to Queens which turns into the Southern State Parkway for Long Island. For Manhattan, take exit 14C for the Holland Tunnel, which will bring you into lower Manhattan or exit 16E for the Lincoln Tunnel, which will bring you into midtown Manhattan. The Bronx is a bit trickier, consult your map app, GPS or specific location for the best directions.

5. If you have a car, the first thing you should decide is where to park it. Like many cities, this can be expensive and complicated. Read the signs very carefully if you try to park on the street, particularly in Manhattan. But, all boroughs have their areas that are difficult. Call your lodging and clarify about parking a car.

Part 2: How to Choose a Hotel

Part 4: How to Get Around NYC

How to Travel Series

Part 1: Plan Your Own Trip

Part 2: Resources to Use

Follow our other blog: The NYC Dis Traveler for your theme park updates

Copyright Disclaimer under section 107 if the copyright act of 1976, allowance is made for "fair use" for purposes such as criticism, comment, news reporting, teaching, scholarship, and research. Fair use is a use permitted by copyright statute that might otherwise be infringing. Non-profit, educational or personal use tips the balance in favor of fair use.

This review is my personal opinion. I have Booking links. I am an Amazon Associate.